1-on-1 with Stephen Nash Testimonial 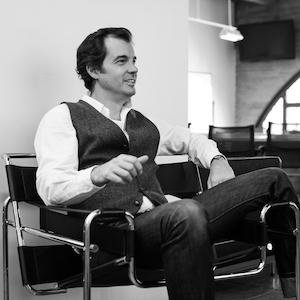 I’m about to split for vacation with my girlfriend but I wanted to share this on my way out the door.

I’ve done a slew of 1 on 1’s recently, and have gotten very positive feedback.

The following one is pretty thorough and goes into great detail about my work.

(NOTE: I am now based in the San Diego area and work with men here and in LA. If you are not based in one of these areas, feel free to inquire about phone coaching when filling-out my coaching questionnaire here)

I was able to sign up a for a session with one of Stephen (AKA “Playboy from the Game”) and the guy totally blew me away. I’ve always been a fan of CEIC ever since I purchased his ebook “How To Get a Girlfriend” and his Natural Attraction Audio last December.

Stephen’s approach to meeting women is almost against what’s said out there in the community, but what’s interesting is it seems like Tyler Durden is also starting to incorporate the same approach as Stephen’s. I’ll most likely write a review to his Natural Attraction Audio, which I think is one of the best sources to learn about dating.

The reason why I like LSA sooo much is because their step-by-step plan is soooooo easy to incorporate, sooo easy to personalize and take in as your own structure that once mastered, you’ll be extremely smooth, socially savvy, and a total chick magnet (especially to women of high caliber).

One thing also differentiated Stephen from other Pick-up/Dating Instructors out there is that it was very personalized and I thought out of all of them, he was the most authentic. The first couple of hours was just him getting to know you, the qualities you like about women, your future goals, where you currently stand, etc.

He takes all of these information, takes notes about you (mostly to e-mail you about what was talked about in the session and to give you more advice), and starts to have a small inner game session about your current perceptions and approach to living life and meeting women.

He takes these tidbits of information and shows where you have limiting beliefs, what’s holding you back from becoming your best self, and reframes these and then gives you lots of advice on how to achieve your goals.

His analogy of how a typical AFC achieves his goals (can also fall on girls), is that we tend to stay in the shallow water and are afraid to go deep ourselves or just stops pursuing at all after testing the waters, that we never find out ourselves what’s truly at the bottom of the water.

He claims that once you’ve encountered resistance and are being tested, that’s when you know who you truly are, and this will reflect in your relationships with others.

At first, I was totally confused and bewildered with what he meant by that but then once he started leading me SOCRATICALLY to know what it’s like to be a really attractive, a man with direction, challenging, and moving forward towards his goals, I TOTALLY understood this concept.

Essentially, the reason why Stephen does this in the first couple of hours is to actually get you to PHYSICALLY step in to become an attractive man, one that attracts the type of women he likes/yearns for, and he does this by breaking down where you are at and then giving you advice on how to get your BEST self, which is getting those goals you’ve been looking into and actually growing the same qualities that you’ve mentioned you want from the woman of your dreams.

Basically his structure is ENGAGE, HOOK, and make QUICK CONNECTIONS, which is VERY simple and all you need to know are a few techniques such as his ultimate weapon: the art of baiting, the context of your life in midst conversation, interlace that with the topics you and the girl are talking about, add that with a little flirting (which Stephen doesn’t highly emphasize very much, and if you’re wondering why, I will get into that later), teasing, storytelling, and inner game, and you’ve become one the most charismatic, smoothest guys in the world.

I was amazed while Stephen was doing demonstrations, he would use the little tidbits of information he knew about me and interlace them into stories and bait so much information about me in a topic, and he came off so congruent with everything, that he could’ve gotten away with being me (THANK GOD he’s not into Identity Theft).

He also came of as very Authentic, non-gimmicky, and very Natural, that everything he DID never came across as “I’m so full of myself I like talking about me” or trying too hard frame, and everything was in the context of the conversation that he came off as very GENUINE.

The very skill of taking any context and using it to become interesting is an AMAZING skill and is one I would TRULY love to develop.

One thing I noticed about him, even though he didn’t explicitly state it, is that he spoke very visually and kinesthetically that I could see why he’s soo captivating. Add that skill with all the interesting tidbits about your life, and you’re most likely the most interesting person people will ever perceive.

I also noticed that Stephen was VERY Knowledgeable, he has a huge vocabulary, and that added to his genuine curiosity and vibe, because as he was interlacing stories and baiting things about my life, he described everything in his Own words and using his own Descriptive words, which totally made it looked like he owned the experience and my life.

Stephen has this quality because he’s not only intelligent but he himself lives an interesting life, he’s seen and travelled to many areas in the world, has lived and experienced many things, and his life seems so lively and fulfilling that he just never runs out of things to talk about.

This is EXACTLY why CEIC always encourages guys to challenge themselves, to actually live an interesting life instead of taking someone elses material and use it. It’s a lot better to actually be congruent with your words with actions, since Stephen strongly emphasizes, “A girl will know that you’ve been faking it all afterwards, once you’ve dropped all the routines and the robotic performance, what have YOU got to show?” which is an EXCELLENT point to make.

I am very fortunate to reach him first before I took any other workshop before, because I’ve seen and spoken to some wings, and some of them look completely mechanical and took the word ALPHA to whole a different meaning.

One thing I noticed about his difference between his approach and Juggler’s method is the frame control. Juggler emphasizes that the girl or the group of people should be interesting, and your job is to make them look like it by charming and complimenting the set.

Stephen on the other hand emphasizes that you should be interesting as well as steering the conversation in the art of relation, that you relate to everybody, and the frame should be in your world at first, to create a context and a vision of how your world looks like because in order for anyone to start a relationship, any relationship (business, girlfriend, friend, etc….), because to start ANY relationship each person HAS to get to know each other first.

By opening yourself to get a girl to know you through baiting and storytelling, a picture of your world plants into the girl’s head and she now has an idea of how your world is like, your personality, and values. In addition to that, add a little flirting, you have a strong chance of generating attraction.

Juggler and Stephen both also emphasizes genuine compliments instead of using the most overrated tool, the neg. By complimenting her genuinely, you actually ease her and get her to open up, by showing you’re actually focusing on the person and not on her looks.

Add that with a nice, authentic, and gentlemanly demeanor, and you most likely won’t even NEED a neg because there won’t be a bitch shield to encounter.

He then broke down the truth about the bitch shield, and the reason why women puts it up is it’s because they don’t TRUST you the minute talk to her. That’s why he emphasizes not to dress outlandishly, and not to dress too conservative either, but to tailor your style to one the type of women you want to attract to your life.

By dressing outlandishly and eye captivating in a way that you are peacocking, it’s an obvious signal to women that YOU are trying to get their attention.

So, if you’re interested in working with me 1 on 1 – that’s right, 6 uninterrupted hours of my time – then click the link below and fill-in the brief questionnaire on the page. This will initiate a quick call with me where we can talk and decide if working with me makes sense for you and your goals.