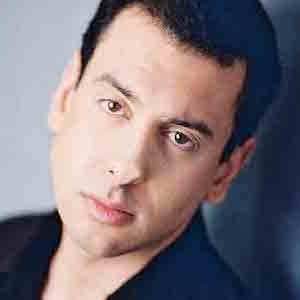 As you certainly know by now, Cameron Teone is a close friend of mine.

I recently crashed at his home in Hollywood during a seminar, and it was great to hang with him.

I asked him if I could post a few articles of his here, so that more people can be exposed to his experience and wise thinking (or is it wise-ass?).

Pros and Cons of the Seduction Community

Let’s talk about the polarizing opposites of dating advice. Occasionally, I stick my head in various Self-help forums just to get an idea of what sort of advice is out there and repeatedly, I am horrified.

There is the quiet guy who has this girl in his social circle, and she barely knows he exists. Sometimes she talks to him, sometimes she ignores him, while he is infatuated with her, and in his mind, there is some sort of a deep relationship going on, except no one is privy to it.. (well, besides him.) He wants to know how he can make her his girlfriend, and he wants to tell her that he can no longer be around her because it’s all too much. He can’t take the ups and downs of this [nonexistent] relationship anymore! Too much drama!!

He is thinking of telling her that this relationship is driving him crazy.Oh, what should he do?

Unqualified people who couldn’t find their asses with both hands are quick to encourage the young lad to profess his undying love and devotion to the unsuspecting stranger. (And there is no shortage of people on forums on the Internet who want to give advice on everything.)

In reality, it’s a good way for him to creep the hell out of her. And we’re not talking unwanted Amway salesman at the door creepy. We’re talking the level of The Hills have Eyes being attacked by cannibalistic mutants-grade creepiness.

He’d ruin any chance he could have actually had in dating that girl at some point. There are a lot of things one can recover from, but creeping and horrifying women is a tough one. Telling a woman who barely knows you that you’re constantly watching her and now you can’t deal with this relationship anymore is a tiny bit frightening to the person.

On that same note, you have plenty of people who spent more time reading self-help books than they do anything else in life. If they had self-help books in the Ancient world, the great landmarks, the Pyramids, Gardens of Babylon, The Persian city of Persopolis would have never been built.

Hey Jimmy, want to go and work on building something spectacular that will be
revered and coveted for 1000s of years to come?

Well, I’d like to, but got a full schedule today of productivity. I am going to
read some Deepak again, then listen to some Dyer again, and then watch
The Secret two times in a row. Yep, it’s a full day for me! Very busy these days!

And it’s not that I don’t see value in Self-help advice. I do. For crying out loud, I am in the business of giving dating-advice. It’s just that self-help advice should be combined with a clear plan of taking action. Like the great philosopher Rocky Balboa once said, Keep Moving Forward.

Instead, there is a lot of rhetoric about regarding Coming from a Place of Abundance and Accepting who you are. All great advice but to the beginner, it’s like speaking Chinese to a German person. A complete cluster-fuck.

See, this is where the seduction community does help people. That’s why people find it. That’s why they take refuge it in. Back to the guy who was about to creep out the girl in his office or classroom. Now, he has something tangible he can do. Even an opinion opener that Mystery was teaching back in 2003 can help that guy get a conversation started. You can tell him, Hey, here is an opinion opener. Tell her that your friend and his girlfriend just broke up because of XYZ(long distance relationship, whatever.) What do you think? Are long distance relationships doomed to fail?[By the way, I just made that up off the top of my head a minute ago. Feel free to use it.]

Is she going to be head over heels in love with him at this point? OK, let’s be real. However, that conversational opener (Bait) gave that guy who is awkward with women or socially uncomfortable something to talk about. It gives him a platform to operate on. More so, it provides some context to the interaction that’s not creepy or weird. It introduces normal conversational banter.

It’s not a pick up line or a magical vehicle. It’s to enable someone who is shy or nervous to be able to start socializing and have some place to start.

Now, that person has a point of reference from which he can move forward. Before that, he had no point of reference. None! Now, he has a starting point. Then he learns to be able to flirt, fix his demeanor, conversational skills, tease women, while gaining confidence and he starts experiencing more success. It all started with the ability to strike up a conversation with a person sitting next to him.

This, in essence, is the single greatest contribution of the Seduction Community: Point of Reference!

You can tell someone, Hey, Be Confident! Be a man! Etc, etc, etc but if he has no point of reference, it doesn’t do him or her any good. If you were going to learn to play guitar, you don’t ask Eddie Van Halen to do a two-minute blistering solo for you. You learn one cord, and a couple of notes. That’s where you start.

To hammer the point home: If you were going to learn Martial Arts or kickboxing, a good teacher would put you in front of a heavy bag and teach you how to properly a simple jab. No complex combinations You’re not throwing jab, cross, hook, uppercut in a flurry that resembles Muhammad Ali, Joe Frazier, or Rocky Marciano.

Just a simple Jab! That’s your point of reference. You can measure your range, and can get a feel for timing from that simple jab to the punching bag.

That is the Point of Reference from which you begin.

There is an old saying, Don’t throw out the baby with the bathwater. You have to be able to recognize the useful portions of something instead of throwing it all away. This is why I am also critical of the advice of those who thrash everything in the seduction community without understanding that there are some good things in there.

So instead of providing a frame of reference, or helping men improve their social skills, they regurgitate New Age books about opening your heart, or they give advice that is in no way helpful to the shy/nervous beginner suffers from terrible posture and bad breath by telling him to hang out at the supermarket and ask women How is the Tuna and How do you tell apart ripe Oranges?

But then at some point, what starts as a point of reference and a vehicle for self-improvement turns into a sort of quasi-religion for some people. It consumes those people and overtakes their thoughts, and teaches a warped view of women, society and people in general.

This is the Dark Side of the Seduction-Community. It’ll make you pay. It can take a seemingly normal person and create a neurotic mess, a validation seeking sex-addict of sorts, and in extreme cases, a person who contemplates suicide. (As has been the case with two of the gurus, one who is very vocal about his attempt to kill himself.)

Welcome to the Dark side.

I’ll cover that in the 2nd part of this article on the seduction community…click here to check it out.